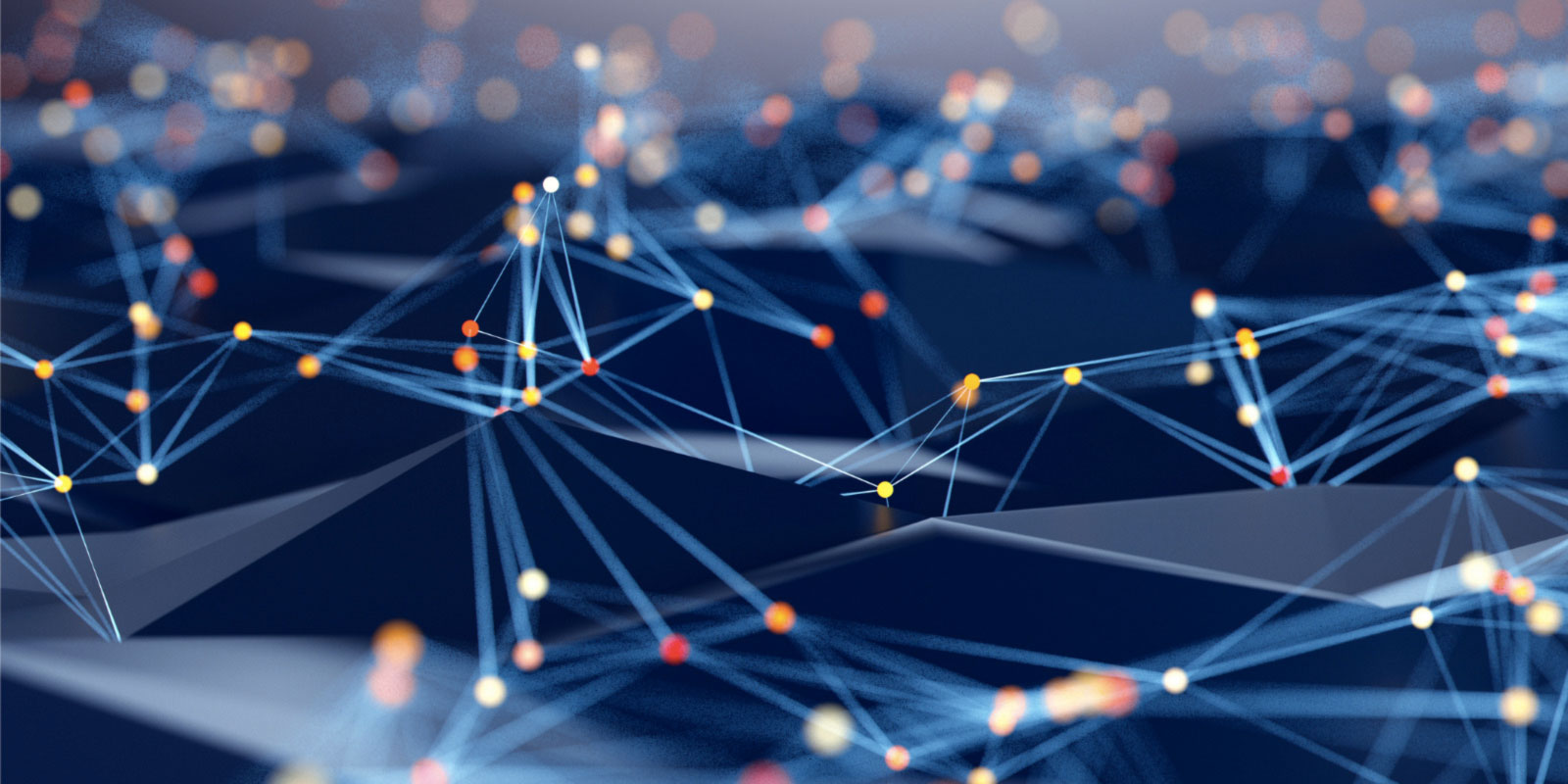 Financial markets are progressively more complex, fast-moving and erratic than ever before. With more inclusion of technology and even more diversification of traditional assets to digital, a new market; cryptocurrencies have emanated.

OUR SCOPE OF RESEARCH

The Digital Asset landscape is changing every day. We are therefore constantly working on adapting and improving our trading models and processes in order to be able to deliver Alpha regardless of the market conditions.

Quantitative modeling for portfolio risk management is an active research field at Bucephal. We create Machine Learning  tools that categorize big data, churn it, analyse it and provide solid information based upon factual data.

Our anti money laundering system will provide actionable intelligence for compliance with both open & closed-source data and leverage proprietary algorithms to quickly aggregate and correlate a variety of indicators.

We provide transparent and actionable data analysis tools for the Bitcoin and Ethereum blockchains. Institutional and professional traders get access to real-time and historical data on transactions, exchange flows and miners activities.

WHAT YOU NEED TO KNOW

Bucephal is built upon the following concepts

The most important feature of a cryptocurrency is that it is not controlled by any central authority: the decentralized nature of the blockchain makes cryptocurrencies theoretically immune to the old ways of government control and interference.

Cryptocurrencies can be sent directly between two parties via the use of private and public keys. These transfers can be done with minimal processing fees, allowing users to avoid the steep fees charged by traditional financial institutions. 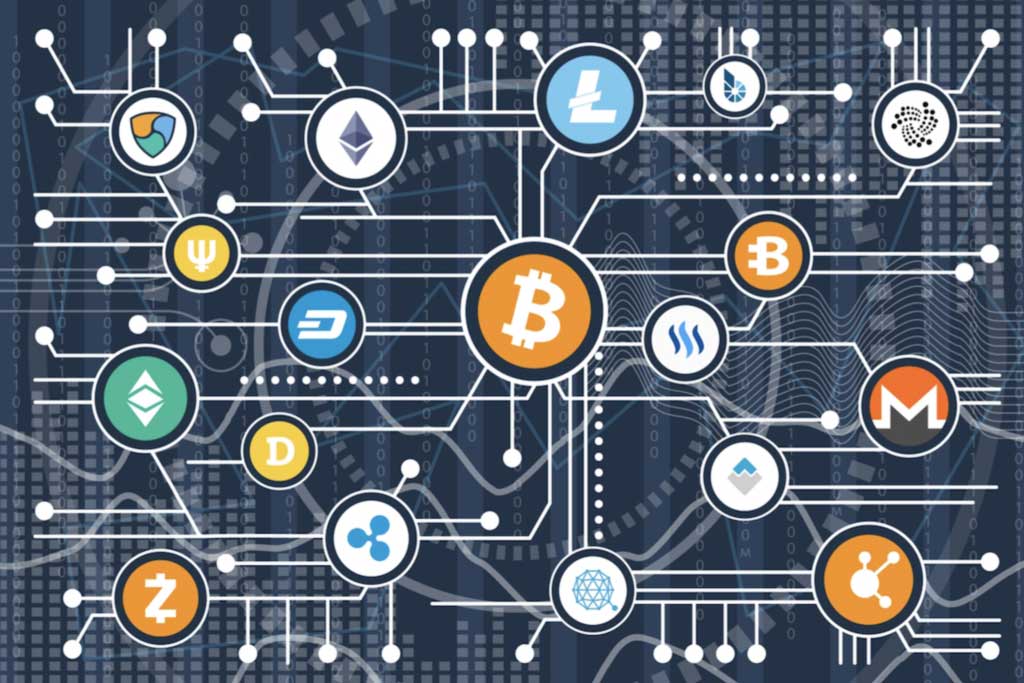 Blockchain technology is not a company, nor is it an app, but rather an entirely new way of documenting data on the internet. The technology can be used to develop blockchain applications, such as social networks, messengers, games, exchanges, storage platforms, voting systems, prediction markets, online shops and much more. In this sense, it is similar to the internet, which is why some have dubbed it “The Internet 3.0”.

The information recorded on a blockchain can take on any form, whether it be denoting a transfer of money, ownership, a transaction, someone’s identity, an agreement between two parties… However, to do so requires a confirmation from several of devices, such as computers, on the network. Once an agreement is reached between these devices to store something on a blockchain it is unquestionably there, it cannot be disputed, removed or altered, without the knowledge and permission of those who made that record, as well as the wider community. 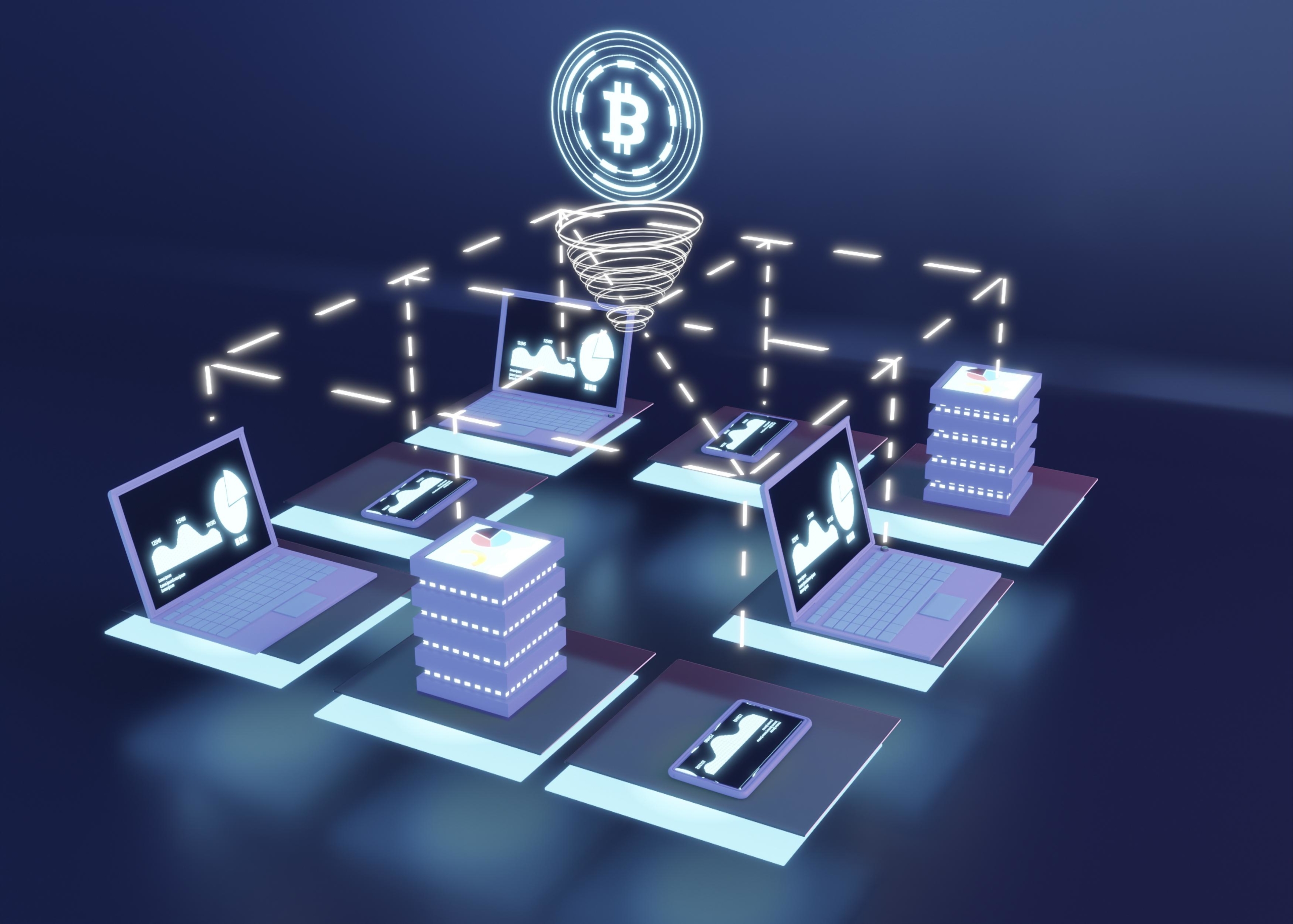 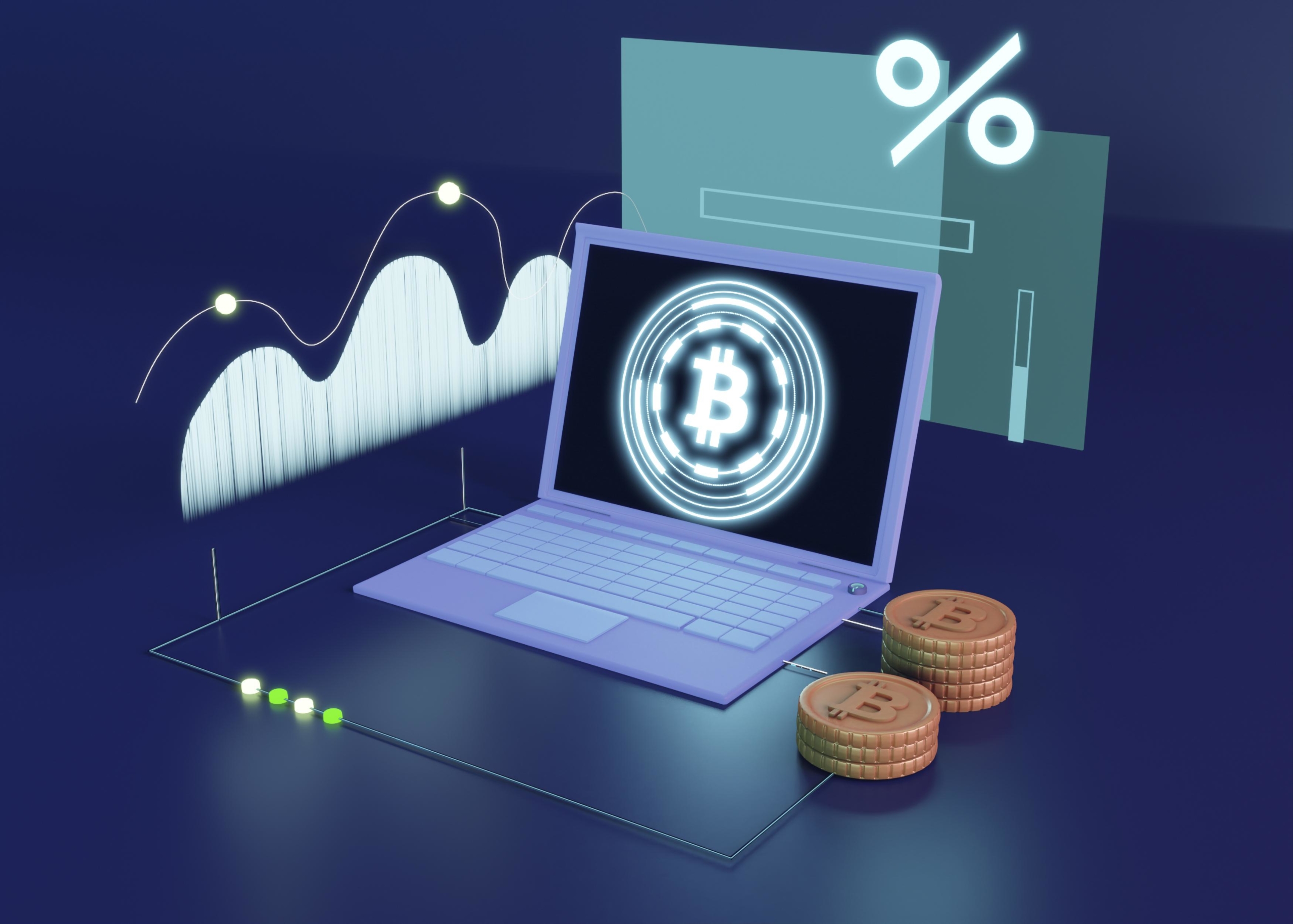 Launched in 2009, Bitcoin was the first cryptocurrency. Its Market cap reaches  USD 135 Bn, 70% of the total cryptocurrencies market cap (190 Bn).

So Bitcoin is a type of cryptocurrency. Balances of Bitcoin tokens are kept using public and private “keys,” which are long strings of numbers and letters linked through the mathematical encryption algorithm that was used to create them. The public key (comparable to a bank account number) serves as the address which is published to the world and to which others may send bitcoins. The private key (comparable to an ATM PIN) is meant to be a guarded secret and only used to authorize Bitcoin transmissions.

Bitcoin keys should not be confused with a Bitcoin wallet, which is a physical or digital device which facilitates the trading of Bitcoin and allows users to track ownership of coins. The term “wallet” is a bit misleading, as Bitcoin’s decentralized nature means that it is never stored “in” a wallet, but rather decentrally on a blockchain. 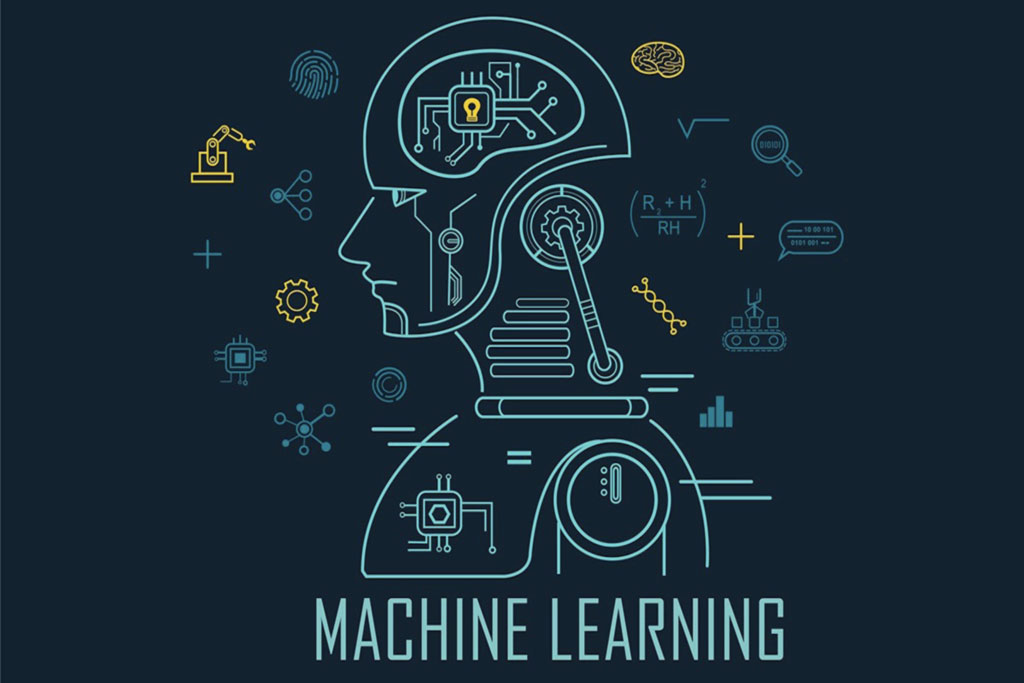 Machine learning is an application of artificial intelligence (AI) that provides systems the ability to automatically learn and improve from experience without being explicitly programmed. Machine learning focuses on the development of computer programs that can access data and use it learn for themselves.

The process of learning begins with observations or data, such as examples, direct experience, or instruction, in order to look for patterns in data and make better decisions in the future based on the examples that we provide. The primary aim is to allow the computers learn automatically without human intervention or assistance and adjust actions accordingly.

Reinforcement machine learning algorithms is a learning method that interacts with its environment by producing actions and discovers errors or rewards. Trial and error search and delayed reward are the most relevant characteristics of reinforcement learning. This method allows machines and software agents to automatically determine the ideal behavior within a specific context in order to maximize its performance. Simple reward feedback is required for the agent to learn which action is best; this is known as the reinforcement signal.

Algorithmic trading (also called automated trading, black-box trading, or algo-trading) uses a computer program that follows a defined set of instructions (an algorithm) to place a trade. The trade, in theory, can generate profits at a speed and frequency that is impossible for a human trader.

The defined sets of instructions are based on timing, price, quantity, or any mathematical model. Apart from profit opportunities for the trader, algo-trading renders markets more liquid and trading more systematic by ruling out the impact of human emotions on trading activities.

Algorithms can be applied to nearly every aspect of trading, from choosing when to place trades for market-making and arbitrage algorithms, to achieving better pricing and execution on trades. 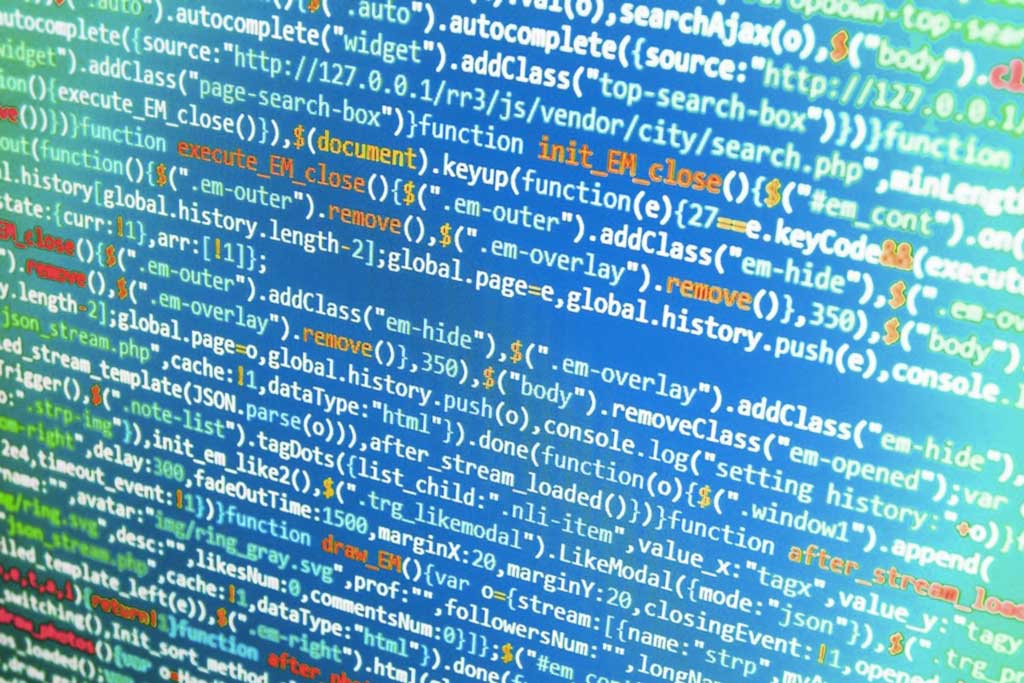 What others say about Cryptos 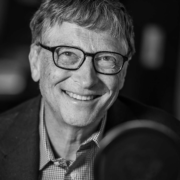 “Bitcoin is exciting because it shows how cheap it can be. Bitcoin is better than currency in that you don’t have to be physically in the same place and, of course, for large transactions, currency can get pretty inconvenient.” 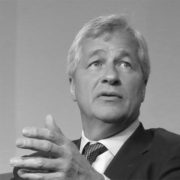 “I regret making” comments saying Bitcoin is a fraud, Dimon said in an interview with the Fox Business network. “The blockchain is real. You can have crypto yen and dollars and stuff like that.” 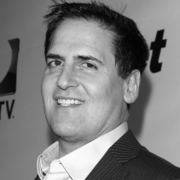 “Bitcoin’s value is a function of supply and demand; it doesn’t really do anything else. Blockchain is a great platform for future applications.” 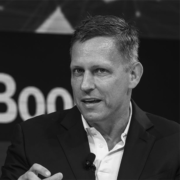 Bitcoin critics are “underestimating [it] … It’s like a reserve form of money, it’s like gold and it’s just a store of value. You don’t need to use it to make payments.” 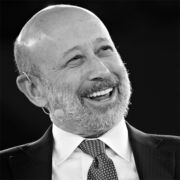 “Bitcoin certainly has been doing well in 2017, rising more than 600% since the start of the year and surpassing $7,000 for the first time. I don’t have an investment in it, but I’m not willing to pooh-pooh it, and that’s why I say I’m open to it.” 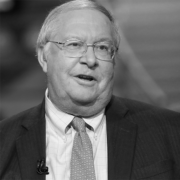 “I believe there is still a nontrivial chance Bitcoin goes to zero, but each day it does not, that chance declines as more venture capital flows into the Bitcoin ecosystem and more people become familiar with Bitcoin and buy it.” 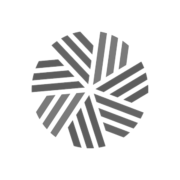 CFA Institute added topics on cryptocurrencies and blockchain to its Level I and II curriculums in 2019. “We saw the field advancing more quickly than other fields, and we also saw it as more durable,” said Stephen Horan, Managing Director. “This is not a passing fad.” 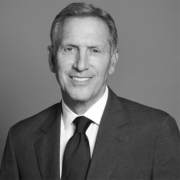 “I believe that we are heading into a new age in which blockchain technology is going to provide a significant level of a digital currency that is going to have a consumer application. And I believe that Starbucks is in a unique position to take advantage of that.” 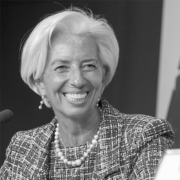 “Not so long ago, some experts argued that personal computers would never be adopted and that tablets would only be used as expensive coffee trays.

So I think it may not be wise to dismiss virtual currencies.”

Countries with “weak institutions and unstable national currencies” may see growing use. 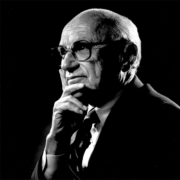 “The internet is going to be one of the major forces for reducing the role of government. The one thing that’s missing, but that will soon be developed, is a reliable e-cash: a method whereby on the internet you can transfer funds from A to B without A knowing B or B knowing A — the way in which I can take a $20 bill and hand it over to you, and there’s no record of where it came from.”

Bucephal name and logo are trademarks and properties of Dey Capital GmbH. The existence of this website should not be construed in any direct or indirect manner as a solicitation of any offer to buy securities or any other instruments in any strategy managed by Dey Capital or its affiliates or be construed as investment advice. There can be no assurance that Bucephal objectives will be achieved or investment strategies will be successful. Past performance is not indicative of future results. An investment into an investment vehicle managed by Dey Capital involves a high degree of risk. Interested persons must refer to a fund’s confidential offering memorandum and other offering documents for important information.